The State Level Balvikas Summer Camp, entitled “Spiritual Fragrance”, was held in Brindavan, on 18th,19th and 20th of May 2018.

The Summer Camp had an auspicious beginning with the lighting of the lamp on Friday 18th May, at 5pm, by the honourable guests at Swami’s abode in Brindavan. This was the first time Balvikas students, Gurus, Alumni and Parents came together, to reflect upon how they can contribute to Balvikas, to realise the goals set by Swami.

Prof. Sudhir Bhaskar,  Director, Radio Sai Division, Prasanthi  Nilayam, gave the Key note Address on ” You are the Sculptors of Your Personality”. This was followed by a talk by Dr. Vijayalakshmi  Deshmane  (Reputed Oncologist, Vice President, Karnataka Cancer Society), who spoke on “Making the vision of Vasudhaiva Kutumbakam a Reality”. Sri Nagesh G Dhakappa, State President, gave the Presidential address.

All the participants got a blessed opportunity to do Trayee Pradakshina with Lighted candles.

On 19th May morning, many delegates had Trayee Darshan and participated in Abhishekam to Trayee Lingeswara inside the Mandir.

The morning session started with a talk by Sri Aravind Balasubramanya (Content Manager, Radio Sai Global Harmony, Prasanthi Nilayam), who enthralled the audience, on the topic, “Transform Self to Transform the World”. He highlighted the Role of Duty, Devotion and Discipline in the Transformation Process.

Soon after, Sri Nagesh G Dhakappa, State President inaugurated two exhibitions – “Human Values and Vasudhaiva Kutumbakam “ and “Balvikas On wheels”. All the exhibits made by the Balvikas children were highly appreciated.

Later, separate sessions for students, gurus and parents were conducted.

The students had an activity session by Sri Rama Murthy Thememane and his team, while Sri Jagannath Nadiger explained “The role of Balvikas Gurus in moulding the personality of a child” to the parents, and Sri. Sundar Anantharaman, guided the Alumni, on how to develop Leadership Qualities based on Swami’s message.

Post lunch, students enthusiastically participated in value oriented traditional games. Smt. Prerana Kulkarni and her team conducted an activities based session for the parents to understand how their support was absolutely necessary in achieving the noble goals of Balvikas. Smt. Kalpana Heblekar, helped the alumni understand how to enhance their  entrepreneur skills through activities, as she guided them in making useful articles from old newspaper.

The evening session began with a Quiz by Sai Nandana team. It was followed by a cultural program, “Namo Namah Sri Guru Paadukaabhyam”, which was presented by the Balvikas students from various Districts of Karnataka.

Soon after the dinner, a “Camp Fire” session was organized, wherein the participants opened up and enjoyed themselves.

The Morning of 20th May also gave a blessed opportunity to the participants to witness the Abhishekam and Trayee Darshan.

In the first session, as part of the 2nd lecture on “Transforming the Self to Transform the World”, Sri Jagannath Nadiger, inspired the audience with his talk on the Role of Discrimination capacity and Determination in personality development.

This was followed by a highly educative and practical session with live demonstrations on “Disaster Management Techniques” by Capt. V.K. Kadam and his team.

Then, Smt Sinduja Karthik, spoke on how Music can promote world Peace, with soothing music and bhajan renditions.

Under the able guidance of Smt.Sujatha Vijayanand, the representatives of Gurus, Balvikas students, Alumni and the parents, gave  expressions to their impressions of the event, and suggestions.

Post lunch, during the valedictory function, the State President advised the children, on how they should start the process of transforming themselves. Prizes were given to the students who participated in the Cultural Program and the exhibition. Gifts were given to all the participants. The function came to an auspicious close, with Maha Mangalarathi to Swami.

The participants had the coveted opportunity of a photo session in front of Trayee Brindavan. With Mahaprasadam, the delegates resumed their return journey, with hearts full of joy and sweet memories to take home.

Here are a few of the photographs taken during the three day event: 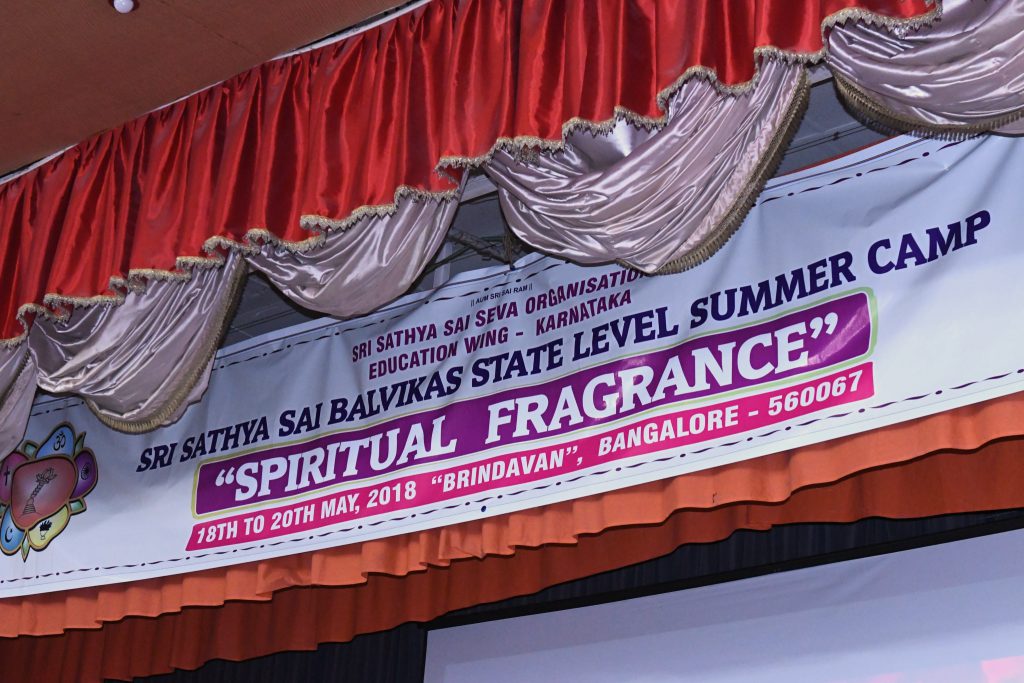 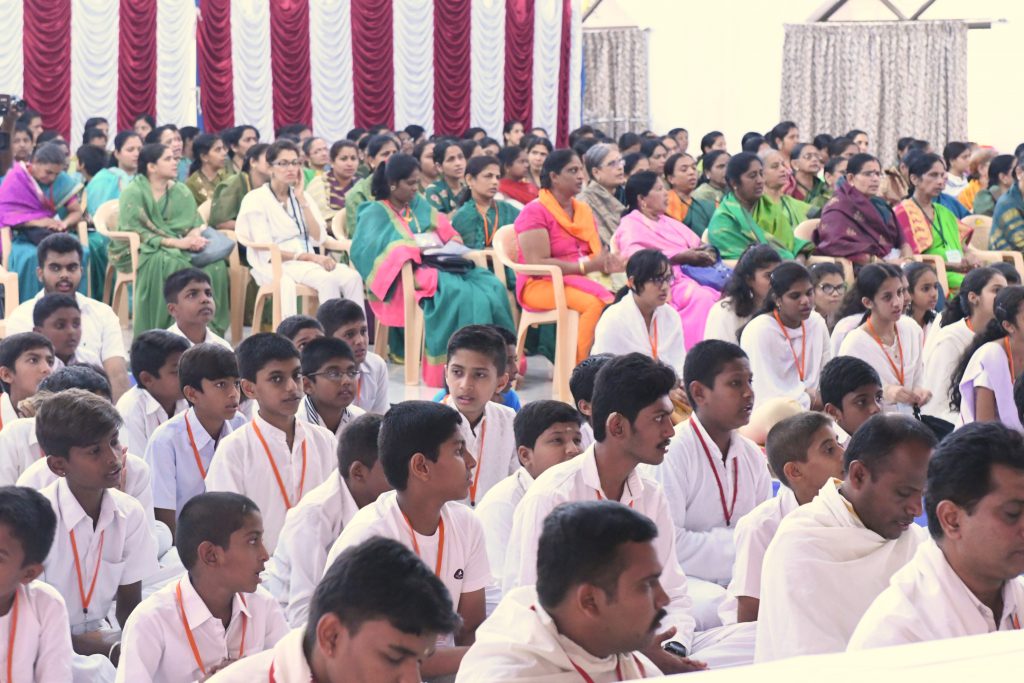 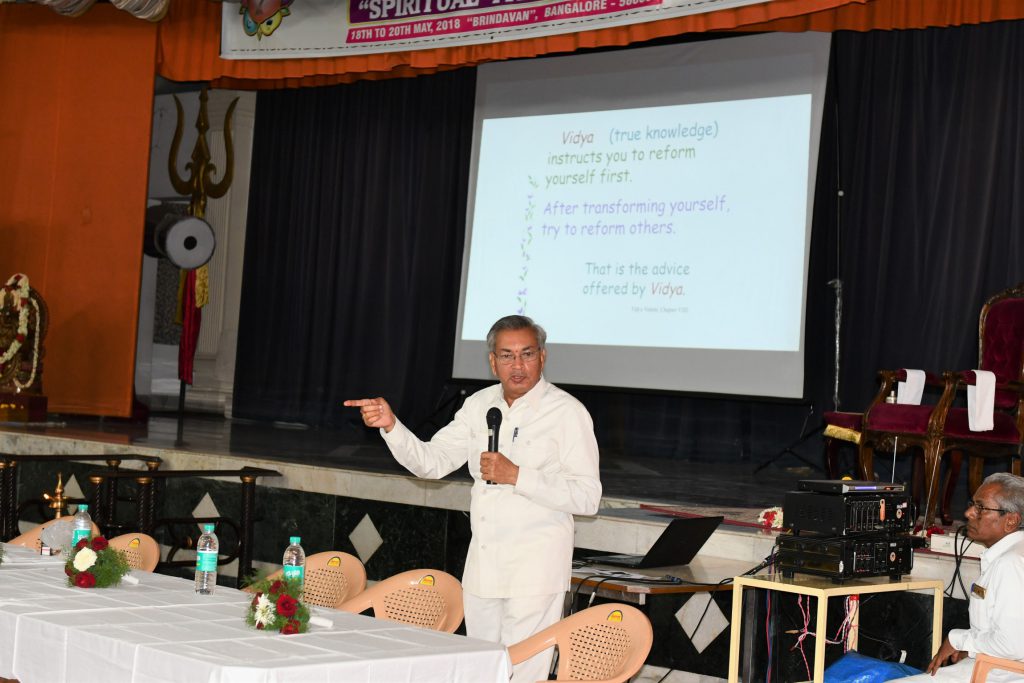 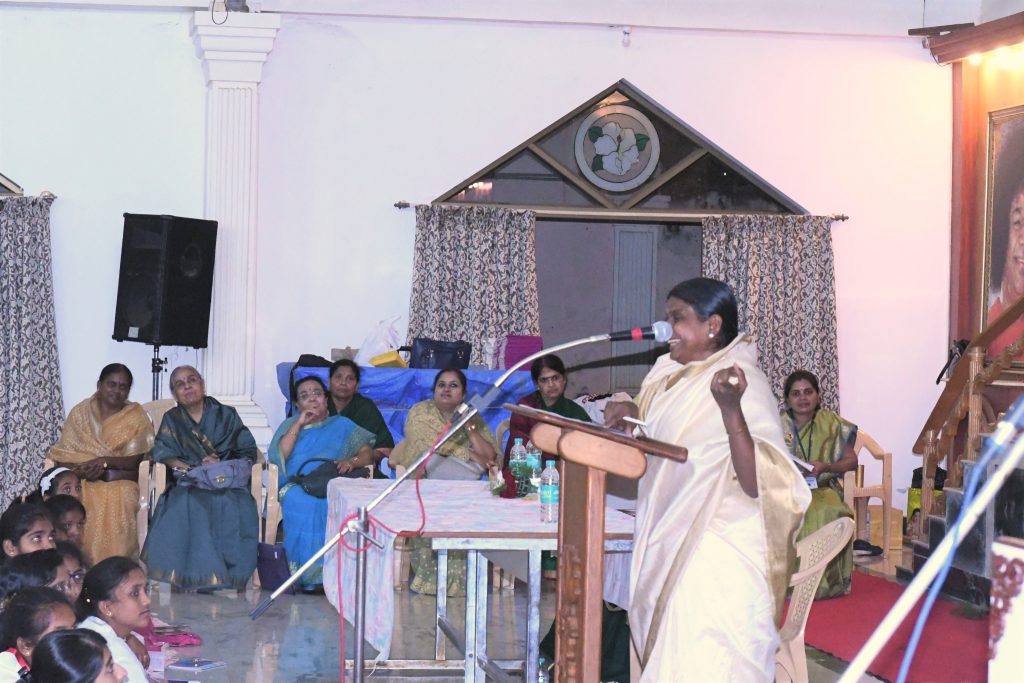 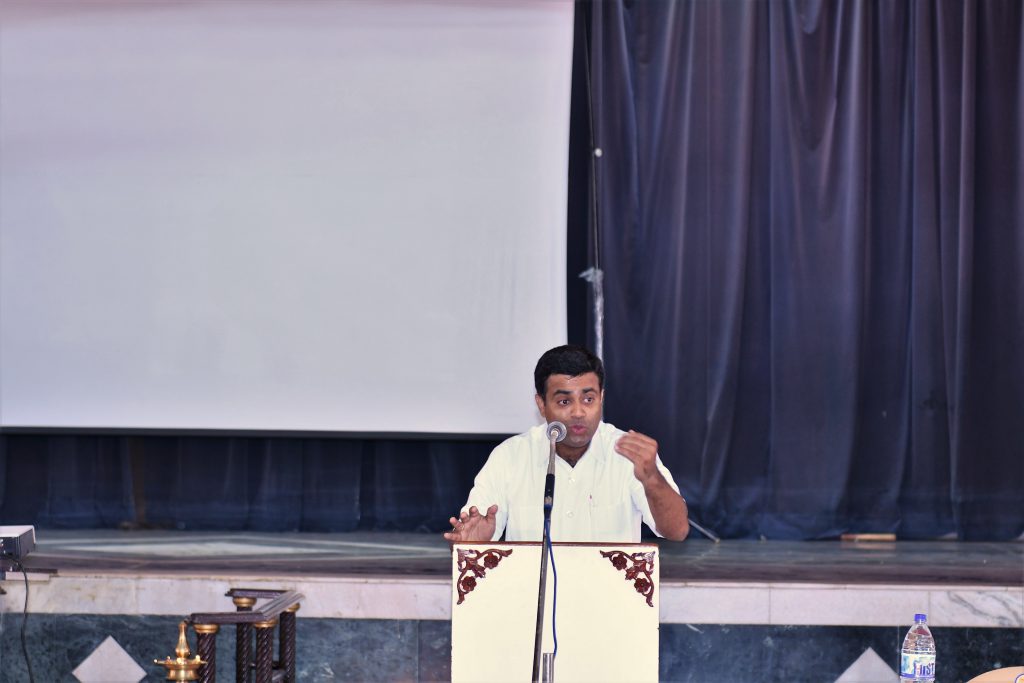 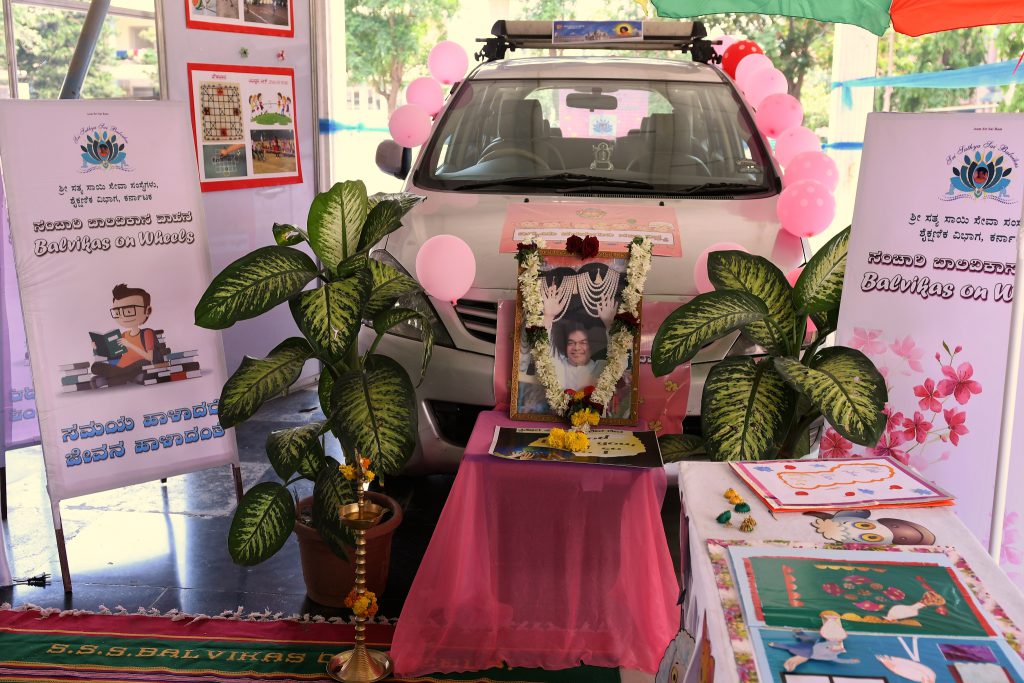 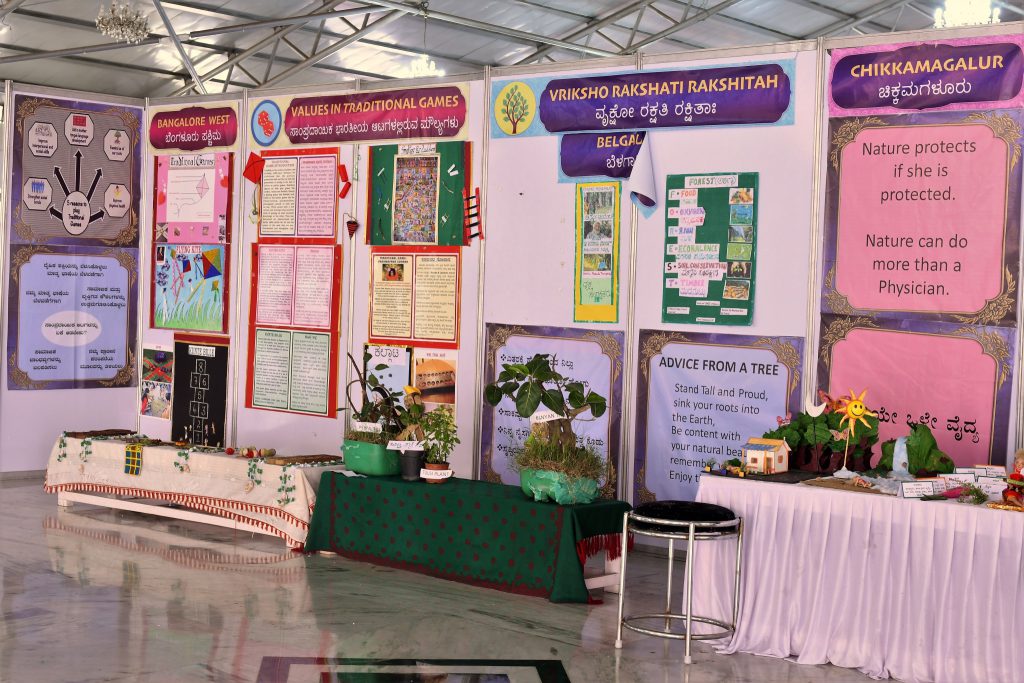 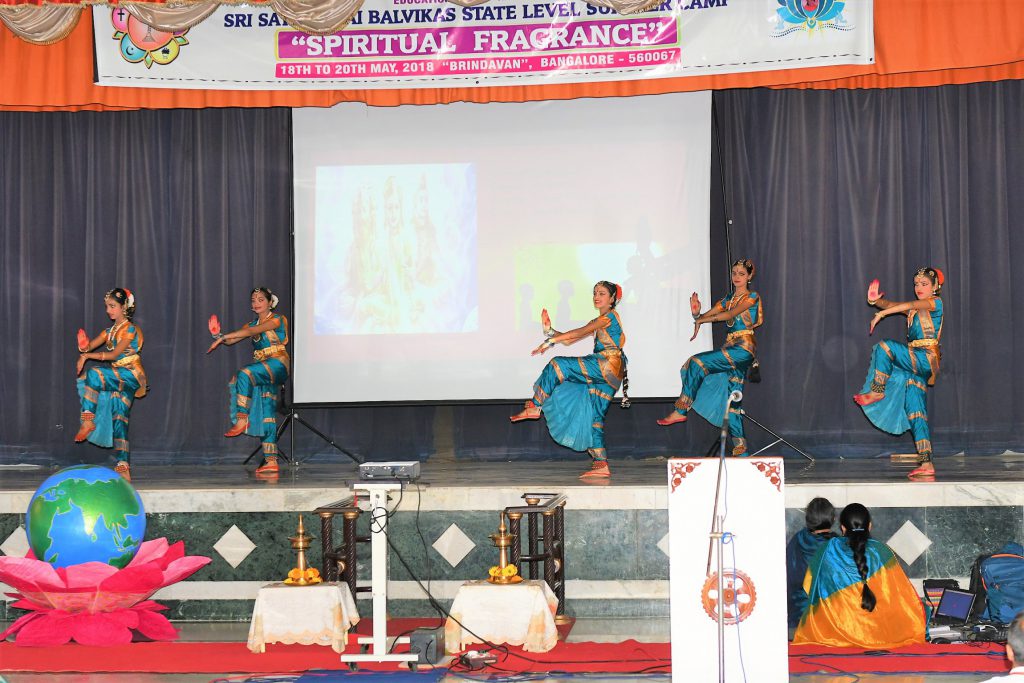 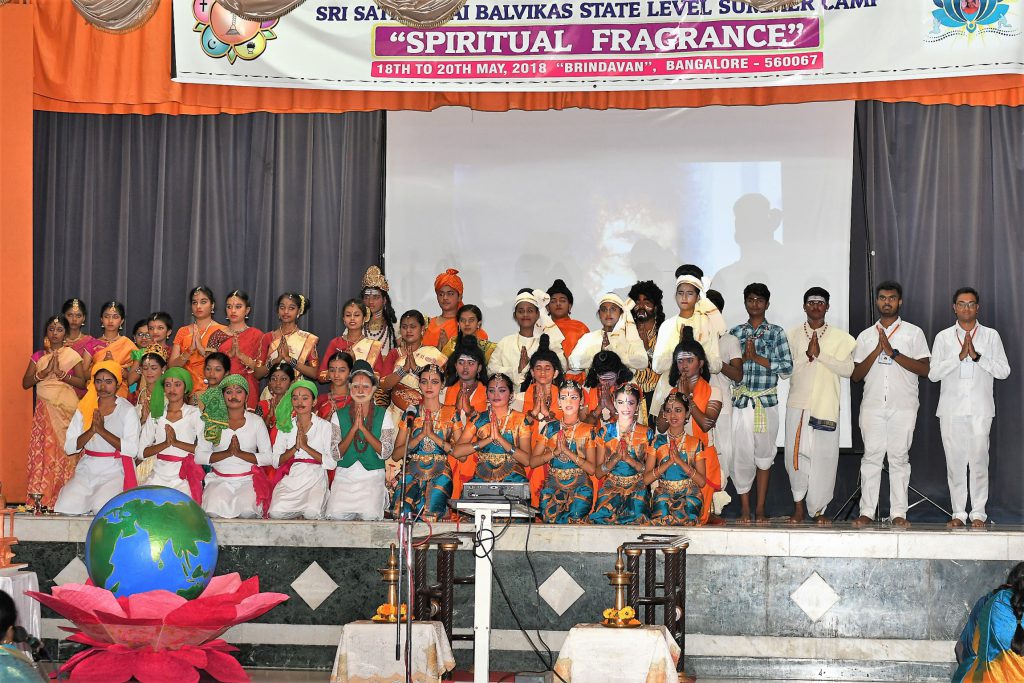 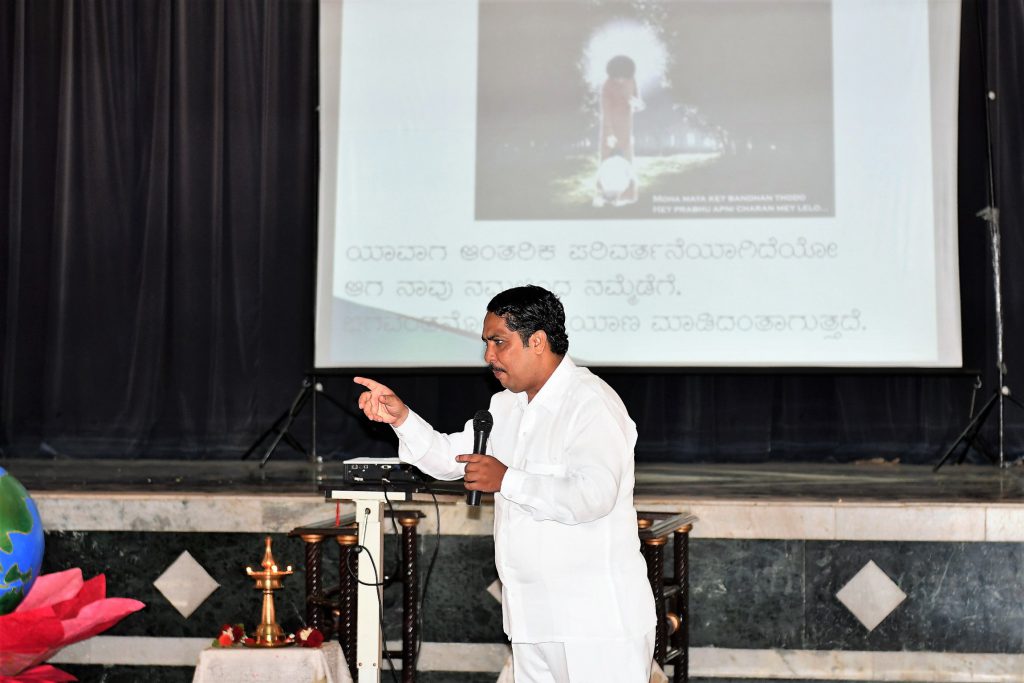 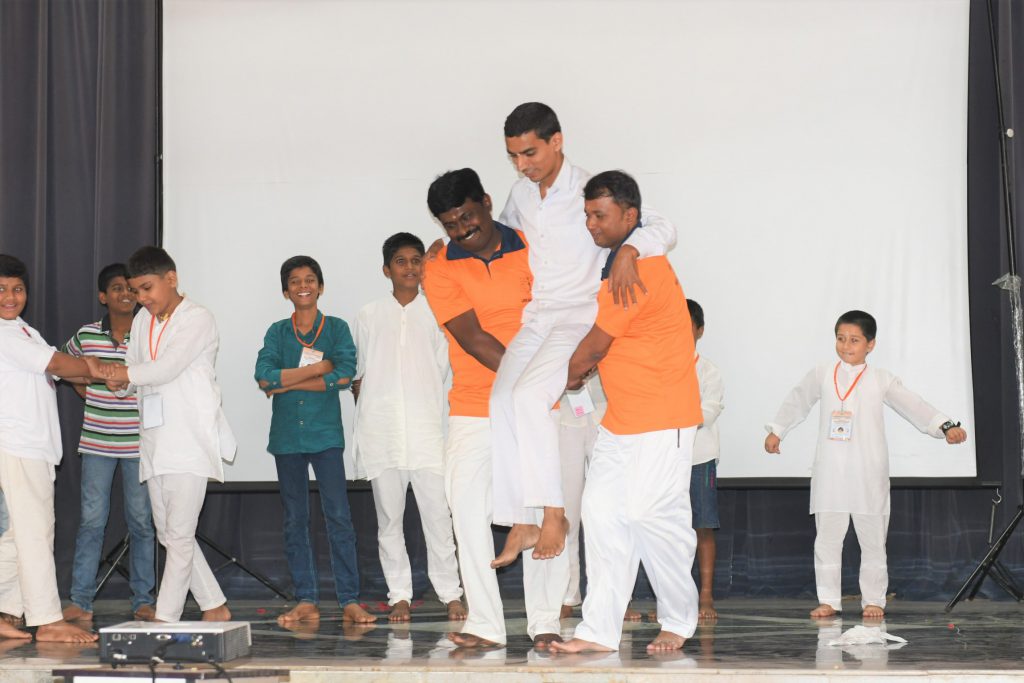 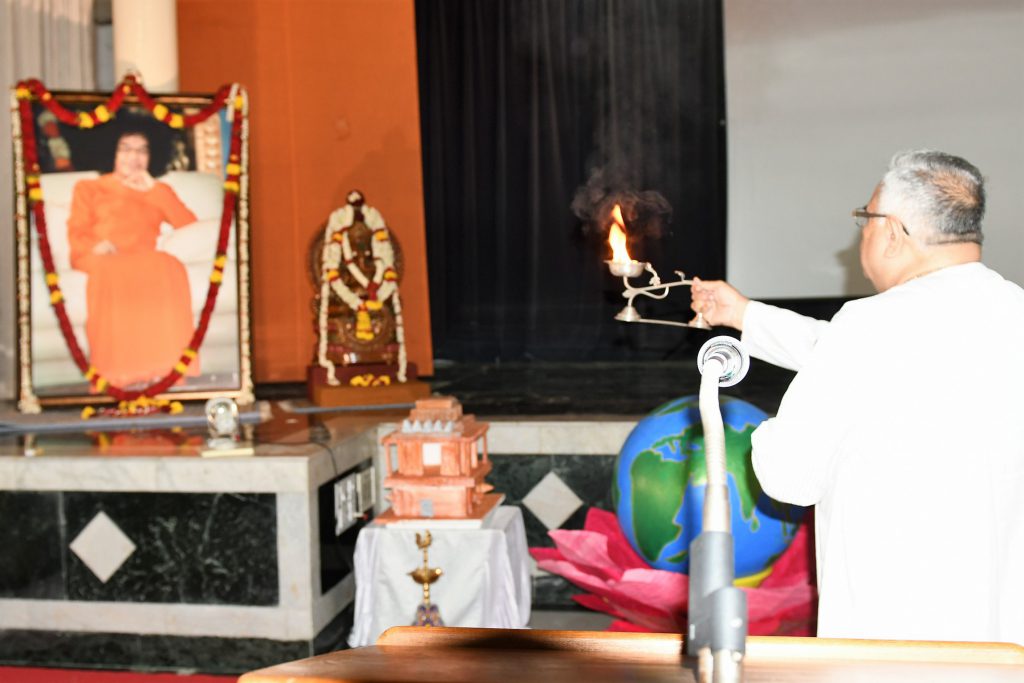 Here are the video footage from the three day event:
﻿